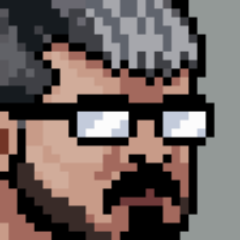 FunctionalAndroidReference is a showcase project of Functional Reactive Programming on Android, using RxJava.

It's a companion app to the presentation "Fully Reactive Apps" at Droidcon UK 2016.

It is not meant to be a canonical reference, but as an example of how far functional programming can be taken. It's also a collection of patterns and ideas about how to express use cases, business features, and UX on a FRP paradigm.

The project has multiple self-imposed limitations:

The project is split into several modules. Every module has its own README file.

The UI layer is written purely in Java 7 with Android dependencies.

It depends on all modules below.

The business logic that controls the views. It doesn't contain any Android dependency.

It is written in Kotlin for convenience, but it could be rewritten in Java 7 with ease, although it will be a bit verbose without lambdas (see retrolambda).

It depends on the modules below.

Any network services, POJOs, and communications that aren't in the Android framework. Again, it's not dependent on any Android.

Written in Kotlin too.

It depends on the module below.

Written in Kotlin, with no Android dependencies.

The architecture is reminiscent of Flux, Redux, or Elm. This is no coincidence.

Every method in the UI layer is either:

Every function in the business layer is:

Every use case must be accompanied of a test suite covering its complete behaviour.

Every public function must be documented.

Separate the business logic from the Android lifecycle at the earliest layer possible.

Avoid DI frameworks like Dagger, and hand-roll injection instead.