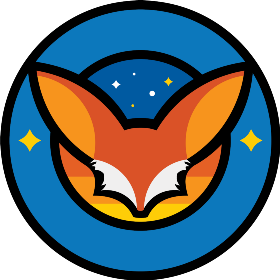 Firefox Preview (internal code name: "Fenix") is an all-new browser for Android, based on GeckoView and Mozilla Android Components.

** Note: The team is currently experiencing heavy triage and review load, so when triaging issues, we will mainly be looking to identify S1 (high severity) issues. See our triage process here. Please be patient if you don't hear back from us immediately on your issue! **

I want to open a Pull Request!

We encourage you to participate in this open source project. We love Pull Requests, Bug Reports, ideas, (security) code reviews or any other kind of positive contribution.

Since we are a small team, however, we do not have the bandwidth to review unsolicited PRs. Please follow our Pull Request guidelines, or we may close the PR.

To make it easier to review, we have these PR requirements:

As a small team, we have to prioritize our work, and reviewing PRs takes time. We receive lots of PRs every day, so if you can keep your PRs small, it helps our small team review and merge code faster, minimizing stale code.

Keep in mind that the team is very overloaded, so PRs sometimes wait for a very long time. However this is not for lack of interest, but because we find ourselves in a constant need to prioritize certain issues/PRs over others. If you think your issue/PR is very important, try to popularize it by getting other users to comment and share their point of view.

Before you attempt to make a contribution please read the Community Participation Guidelines.

Beginners! - Watch out for Issues with the "Good First Issue" label. These are easy bugs that have been left for first timers to have a go, get involved and make a positive contribution to the project!

Note: Both Android SDK and NDK are required.

Use app:assembleGeckoNightlyDebug to build with the Gecko Nightly version instead.

We have a lot of build variants. Each variant is composed of two flavors. One flavor is the version of Gecko to use and the other describes which app id and settings to use. Here is a description of what each means:

If you want to analyze performance during local development (note: there is a non-trivial performance impact - see caveats):

If you want to run performance tests/benchmarks in automation or locally:

For additional context on these recommendations, see the perf build variant analysis.

You will need to sign forPerformanceTest variants. For local development, our recommendation is to add the following configuration to app/build.gradle:

This recommendation will let you use AS just like you do with debug builds but please do not check in these changes.

To reduce review turn-around time, we'd like all pushes to run tests locally. We'd recommend you use our provided pre-push hook in config/pre-push-recommended.sh. Using this hook will guarantee your hook gets updated as the repository changes. This hook tries to run as much as possible without taking too much time.

To add it on Mac/Linux, run this command from the project root:

or for Windows run this command using the Command Prompt with administrative privileges:

To push without running the pre-push hook (e.g. doc updates):

Note: If while pushing you encounter this error "Could not initialize class org.codehaus.groovy.runtime.InvokerHelper" and are currently on Java14 then downgrading your Java version to Java13 or lower can resolve the issue

Steps to downgrade Java Version on Mac with Brew:

There are multiple helper flags available via local.properties that will help speed up local development workflow when working across multiple layers of the dependency stack - specifically, with android-components, geckoview or application-services.

If you're making changes to these projects and want to test them in Fenix, auto-publication workflow is the fastest, most reliable way to do that.

Once these flags are set, your Fenix builds will include any local modifications present in these projects.

See a demo of auto-publication workflow in action.

If these are configured, local builds of GeckoView will be used instead of what's configured in Dependencies.kt. For more details, see https://firefox-source-docs.mozilla.org/mobile/android/geckoview/contributor/geckoview-quick-start.html#include-geckoview-as-a-dependency