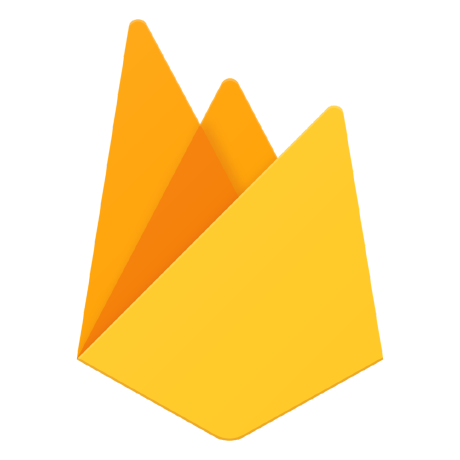 This repository contains a subset of the Firebase Android SDK source. It currently includes the following Firebase libraries, and some of their dependencies:

Firebase is an app development platform with tools to help you build, grow and monetize your app. More information about Firebase can be found at https://firebase.google.com.

Firebase Android libraries exercise all three types of tests recommended by the Android Testing Pyramid. Depending on the requirements of the specific project, some or all of these tests may be used to support changes.

To run with errorprone add withErrorProne to the command line, e.g.

These are tests that run on your machine's local Java Virtual Machine (JVM). At runtime, these tests are executed against a modified version of android.jar where all final modifiers have been stripped off. This lets us sandbox behaviors at desired places and use popular mocking libraries.

Unit tests can be executed on the command line by running

These are tests that run on a hardware device or emulator. These tests have access to Instrumentation APIs, give you access to information such as the Android Context. In Firebase, instrumentation tests are used at different capacities by different projects. Some tests may exercise device capabilities, while stubbing any calls to the backend, while some others may call out to nightly backend builds to ensure distributed API compatibility.

Along with Espresso, they are also used to test projects that have UI components.

If you don't have a suitable testing project already:

Integration tests can be executed on the command line by running

You need additional setup for this to work:

Integration tests can be executed on the command line by running

This will execute tests on devices that are configured per project, if nothing is configured for the project, the tests will run on model=Pixel2,version=27,locale=en,orientation=portrait.

Projects can be configured in the following way:

Firebase SDKs use some special annotations for tooling purposes.

APIs that need to be preserved up until the app's runtime can be annotated with @Keep. The @Keep annotation is blessed to be honored by android's default proguard configuration. A common use for this annotation is because of reflection. These APIs should be generally discouraged, because they can't be proguarded.

APIs that are intended to be used by Firebase SDKs should be annotated with @KeepForSdk. The key benefit here is that the annotation is blessed to throw linter errors on Android Studio if used by the developer from a non firebase package, thereby providing a valuable guard rail.

We annotate APIs that meant to be used by developers with @PublicAPI. This annotation will be used by tooling to help inform the version bump (major, minor, patch) that is required for the next release.

In addition to preguard.txt, projects declare an additional set of proguard rules in a proguard.txt that are honored by the developer's app while building the app's proguarded apk. This file typically contains the keep rules that need to be honored during the app' s proguarding phase.

As a best practice, these explicit rules should be scoped to only libraries whose source code is outside the firebase-android-sdk codebase making annotation based approaches insufficient.The combination of keep rules resulting from the annotations, the preguard.txt and the proguard.txt collectively determine the APIs that are preserved at runtime.

Firebase is published as a collection of libraries each of which either represents a top level product, or contains shared functionality used by one or more projects. The projects are published as managed maven artifacts available at Google's Maven Repository. This section helps reason about how developers may make changes to firebase projects and have their apps depend on the modified versions of Firebase.

Any dependencies, within the projects, or outside of Firebase are encoded as maven dependencies into the pom file that accompanies the published artifact. This allows the developer's build system (typically Gradle) to build a dependency graph and select the dependencies using its own resolution strategy

Developers may take a dependency on these locally published versions by adding the mavenLocal() repository to your repositories block in your app module's build.gradle.

For more advanced use cases where developers wish to make changes to a project, but have transitive dependencies point to publicly released versions, individual projects may be published as follows.

Note: Firebase Crashlytics NDK requires NDK version r17c to build. Please see the README for setup instructions. Alternatively, if you do not need to build this project, you can safely disable it by commenting out its reference in subprojects.cfg.

To run formatting on your entire project you can run